Apple Event: Apple’s big event today, these products can be launched: Apple has not made any changes to the design and look of its iMac since 2012, but the event is expected to see a new design this time after 10 years. 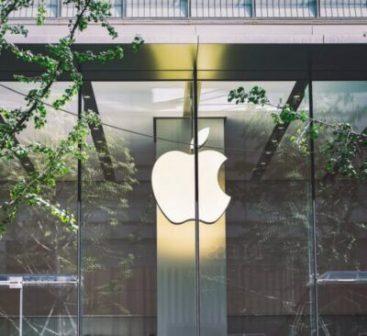 Apple’s Spring Loaded Event is going to be held today i.e. on 20 April. Apple’s spring event will take place on the Apple Park campus today. There is news of the launch of many products in this event.

There is news of the launch of new iMacs, iPad Pro with mini LED display and AirPods 3 in this event of Apple. The event will be held from 10:30 pm today. The event can be seen on Apple’s official YouTube channel.

Let us know that earlier, the virtual assistant Siri had disclosed about this event of Apple. Siri, while answering a user’s question, said that the special event is on Tuesday i.e. April 20. You can see this event on the official website of Apple.

It is being said about the upcoming event of Apple that a new iPad Pro can be launched. Apart from this, there is also news of the launch of Airtag, which is a device tracker, although Apple has not officially said anything about product launching.

There is news about the new iPad Pro that the iPad Pro will be launched with a mini LED display panel. This panel will get better contrast than before, although no changes are expected on the design.

Apple has not made any changes to the design and look of its iMac since 2012, but the event is expected to see a new design this time after 10 years.

The launch of Apple’s new operating system iOS 14.5 is also reported. iOS 14.5 has been introduced with many features including Face ID to unlock faster even after the mask.

Let us know that Apple has also officially announced its World Wide Developers Conference (WWDC) 2021. WWDC 2021 will also be held online. WWDC 2021 will run from June 7 to June 11, ie two months are left in this big event.

Earlier all the WWDC got a glimpse of the new iOS, iPadOS, macOS, watchOS and tvOS. The launch of the new iOS i.e. iOS 15 is also expected in this conference. Apart from this, a new version of MacOS can also be seen.

Regarding the event, WWDC Vice President Susan Presscott said, “We are working to make WWDC 21 our best event.” At the same time, we are also very excited about the new tool for Apple developers, so that the developers will get a lot of help in creating a new app.