There is no mention of the national language in the Constitution of India. 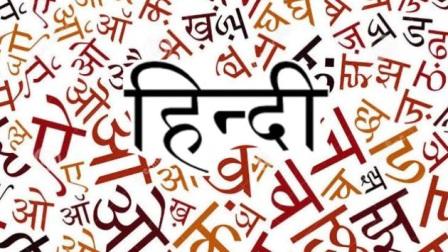 77% of the people of the country speak and understand Hindi. According to the 2001 census, Hindi, Bengali, Telugu, Marathi, Tamil languages ​​are among the 5 most spoken languages ​​in India.

But still Hindi is not our country (NATIONAL LANGUAGE).

Is Hindi National Language of India? :

Hindi is not the national language of India, but still we see that work is done in Hindi in many offices of India. Any kind of document issued by the Government of India, Hindi language is written in it.

For example, passport is also written in English as well as Hindi. Actually, the reason behind this is that Hindi may not be the national language but it is the official language of India.

The Devanagari script of Hindi was officially recognized on 14 September 1949 in the Indian Constitution. Therefore, “Hindi Day” is also celebrated every year on 14 September.

Therefore, Hindi is used in government offices in India and English is the second official language of India.

Even though Hindi is not the national language of India, every state of India has the right to choose its official language.

In this way, the official language of each state is different, due to which the language of the document issued by the state is also different.

For example, the ration card of Tamil Nadu is written not in Hindi but in Tamil and English.

Bihar had overtaken the whole of India in the matter of adopting Hindi when in 1881 Bihar made Hindi its only state language, except Urdu. And was the first state in India to do so.

Read Also: This train passes through 12 states of India

It is the misfortune of our country that such a big country does not have any national language. There has been a debate for a long time to make Hindi a national language, but it has not been approved yet.

There is a huge demand for Hindi content on the Internet –

Hindi is the fastest growing language in the world and its demand on the Internet has also increased 5 times faster than English in the last few years.

Google has said that the demand for Hindi content on the Internet has started increasing now. This year-on-year increase of 94 percent against 19 percent growth of English content.

In the early period of computer development, except in English, other languages ​​of the world were used less.

Due to which the misconception spread among ordinary people that computer cannot work in any language other than English. But after the first entry of Unicode, the situation changed very fast.

Hindi is one of the 7 languages ​​in India that is used to create web addresses (URLs).

Today Hindi education continues in about 176 universities of the world, including 45 universities in the United States of America (US).

Hindi language is used in more than 20 countries.