Meghalaya : – India is a country of unity in diversity. There are many states in India, one of them is “Meghalaya”.
Meghalaya means – “house of clouds”. It is derived from the Sanskrit word Megha (cloud) + Alaya (house).
Meghalaya is a state in Northeast India, Meghalaya is formed by the two districts of Assam state, United Khasi Hills, Jaintia Hills and Garo Hills. 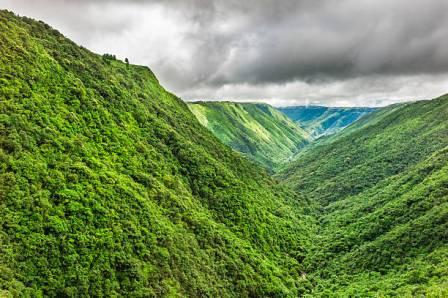 Meghalaya is a state formed on 21 January 1972. It is spread over an area of ​​approximately 22430 square kilometers. The capital of Meghalaya is Shillong and the official language is English.

Art and Culture of Meghalaya: –

India’s culture is united in diversity. People of many cultures reside in India, Meghalaya is a state in India whose culture is also appealing to the mind. English is an official language in Meghalaya. Apart from this, there are famous languages ​​here – Khasi and Garo. The Garo language is the language spoken by the majority of the state’s population.

Apart from this, more languages ​​are spoken in Meghalaya such as Par, Var, Jayantia, Maram and Lingam, Tewa, Biates etc. 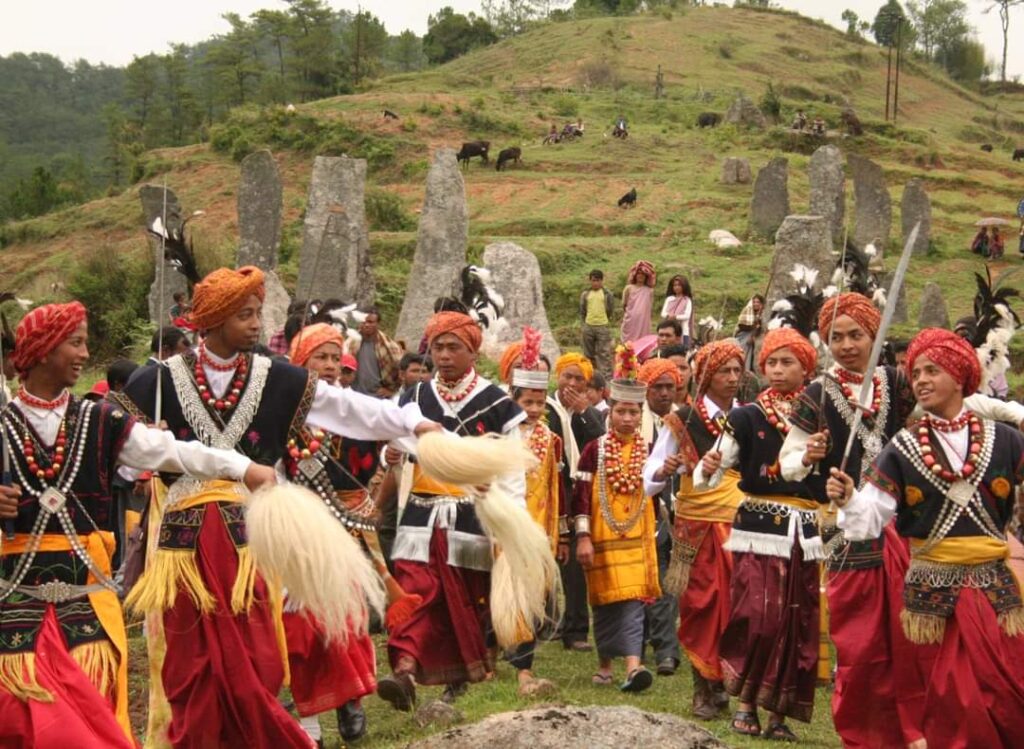 Simplicity is seen in the costumes of Meghalaya. The traditional dress of the women of Meghalaya is called Jensen. The cloth worn by women is unstitched which is wrapped around the body. The women wear silk which enhances their beauty.

Many tribes reside in Meghalaya. Those who have their own festivals and festivals like:

The dance is prominently performed by the people of the Khasi tribe. The dances are held in Shannong (village), Reds (group of villages) and Hima (group of reds), the main festivals of the Khasi tribe are Shad Suk Minsiem, Ka-Shad Kainejo Khasken, Ka Bam Khana Shanong, Umsan Nong Kharai and Shad Beh Sear is the chief.

The celebration of the people of the Jayantia hill is also an integral part of their life and culture, its major festivals – Bahiyienkhalam, Lahonitha and the festival of sowing etc. are prominent.

There are festivals of this tribe – Pamchar Code, Naling Code, Fawng Code, Labing Code etc. are prominent. But this tribe celebrates the Nalding Code festival. 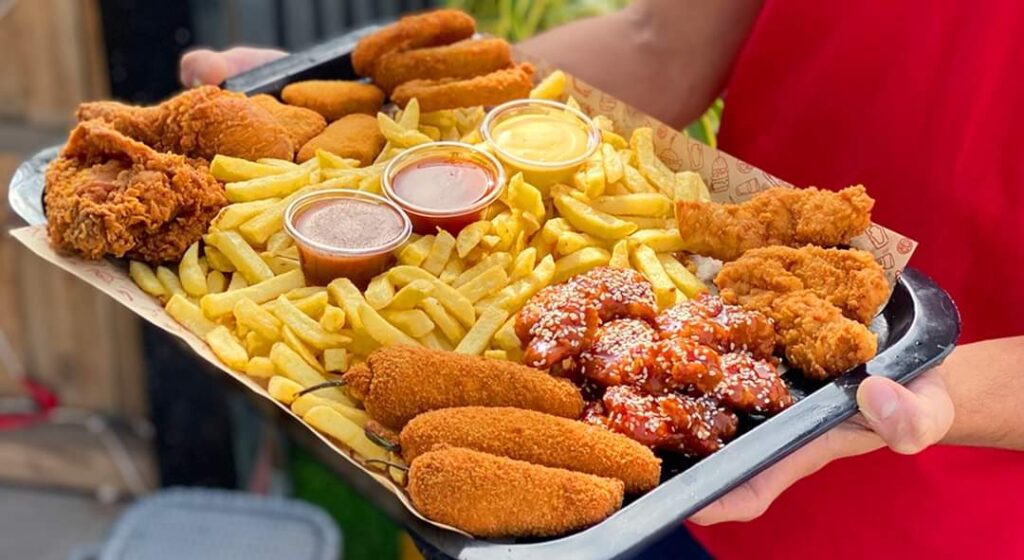 October to March is the best time to visit Meghalaya. Well you can go anytime.

Where did you stop in Meghalaya: –

There are many hotels available to stay in Meghalaya. You can book the hotel according to your budget.

How to reach Meghalaya :-

You can choose any of flights, trains and buses to travel to Meghalaya.

If you have chosen an air route to go to Meghalaya, then Meghalaya does not have an airport of its own. After Guwahati Airport, you can reach Meghalaya by local means.

If you have chosen the railway route for traveling to Meghalaya, then the nearest railway station is Guwahati railway station, after that you will reach Meghalaya by local means.

If you have chosen a road to go to Meghalaya, then it is best, you can reach Meghalaya directly by your car or bus, because Meghalaya is well connected by road.

Places to visit in Meghalaya: –

Meghalaya has many scenic spots such as: –

Situated in the East Khasi Hills district of Meghalaya state of India, it is a major place in the world, located at a distance of 53 km from Shillong. Recently its name has been changed from Cherrapunji to Sohra. Its air and natural beauty make it feel different.

It is located in the former Khasi Hills district of the state of Meghalaya, India. It is located about 60.9 km from Shillong. This annual rainfall is 11872 millimeters.

It is a mountain town in the West Garo Hills district of Meghalaya state, India. The city of Tura is located 220 km from Guwahati, and is also the headquarters of the West Garo Hills district. The main languages ​​here are Garo, Hajong and English. There are many waterfalls in Tura like – Pelgadare, Gundarak Falls and Rongbangadre etc. Ganol Rangolvari, Dachima and Nokmavari also have many streams here.

It is a city in northeastern Meghalaya state of India, which is also the headquarters of Ri Bhoi district. It is situated at a height of 485 m (1591 ft). The official language here is English. The climate here is tropical in nature.

It is a city in the province of Meghalaya, and its administrative headquarters is the West Jaintia Hills district. The Bhoi and War tribes reside here. The density here is 77 sq km (200 sq mi). The official language here is Jaintia English.

It is a city located in the South Garo Hills district of Meghalaya Province. The prevalent language here is Garo Atong and English.

It was earlier known as Simsanggre. It is a city located in the former Garo Hills district of the state of Meghalaya. The prevalent language here is Garo.

It is one of the highest waters of India. It is a waterfall located near Cherrapunji in East Khasi Hills of Meghalaya State. Its height is 1155 feet (340 meters), the width of this waterfall is 75 feet (23 meters).

It is a lake located in the hills, about 24 km north of Shillong, the capital of the state of Meghalaya. It is commonly known as Barapani Lake. It is spread over an area of ​​about 220 square kilometers.

It is located in Mawlai Fudmuri, Shillong. This museum has been established with the aim of spreading intelligence and increasing cultural awareness. The art gallery here showcases a collection of rare paintings, unusual artwork and indigenous objects.

It is known as Bat Cave in English, it is the chosen stone cave located near Napak Lake and Simsang River in Meghalaya. It is more than 4 kilometers long.

Wah Kaaba watertrop is a waterfall located near Cherrapunji in the north eastern state of Meghalaya, India. It falls from a steep cliff, and falls from about 170 – 190 meters. There is a local belief that two fairies live in this falls.

It is a giant rock made of red granite. It is a dome cyan structure laid in the West Khasi Hills. The width of this rock is 1500 feet. The height of Kailang Rock is 5400 feet above sea level.

It is a beautiful serene waterfall located in Cherrapunji in the state of Meghalaya, India, it is located near the village of Nogariyat, 18 km from Cherrapunji. A rainbow is formed near this waterfall with the rays of the sun, it is one of the adventurous and hidden waterfalls of Meghalaya.

1. Who gave the name of Meghalaya?

2. What are the folk dance of Meghalaya?

3. What is the main crop of Meghalaya?