OYO is a hotelbooking company that links together a network of hotels. The main task of OYO is to make budget hotel customers easily accessible. The company is headquartered in Gurgaon, Haryana, India.

Story of Ritesh Agarwal, Founder and CEO of OYO

He attended the Indian School of Business and Finance in Delhi but left to start his own company. He completed his schooling from Secret Heart School, Rayagada.

He used to sell SIM cards first, then started OYO in 2013, and when he started OYO he was just 19 years old.

The earlier name of OYO was Orawell Stages, which was intended to enable easy customer booking of hotels, but in 2013 the name was changed and renamed as OYO.

The company started tying up with hotels in all cities to deliver the guest experience. Today there are more than 17000 employees around the world and around 8000 in South Asia and India. 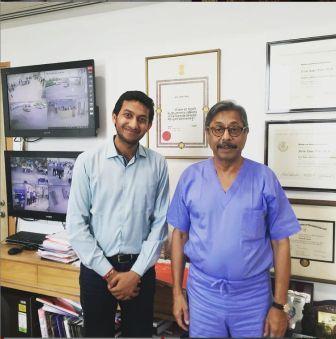 Today i want to tell the story of building OYO and the contribution of the legendary doctor himself, Dr. Naresh Trehan.

A lot of people don’t know that Medanta Medicity in Gurgaon had an important role to play in OYO’s early days around 2013/14.

7 years ago Ritesh spent most of my time travelling around Gurgaon signing up partners + driving up customer growth for our partner hotels since it was mostly me & a few other people building OYO.

Ritesh used to spend hours in the lobby at Medanta & noticed that patients & their families needed a reliable yet low – cost place to stay for the extended period of their treatment. Also, many patients came there from non-metro cities.

Along with the partner hotels in the area, we began offering families a safe & affordable place to stay while their kin received treatment.

Over the years, Medanta’s success led to many local businesses flourish in the area.

Dr Trehan and his contribution to medicine have saved many lives & Ritesh forever indebted to him for his support in my early days.

The picture from a time I visited him back in the day and continue to be inspired by how he has led India’s fight against COVID.

Ritesh has been awarded with the following awards:

Read Also: How to Start Business in Other Country

What is the full form of OYO Rooms ?

The full form of OYO Rooms is On Your Own Rooms.

Ritesh Agarwal is the founder & CEO of OYO.

When was OYO founded ?

In which countries are OYO’s services ?

What was the old name of OYO ?

When was Ritesh Agarwal born ?

Where was Ritesh Agarwal born ?

Ritesh Agarwal was born in Bissam Cuttack town of Odisha state, India and brought up in Titilagarh.

What is the Occupation of Ritesh Agarwal ?

The Occupation of Ritesh Agarwal is the CEO and Founder of OYO.

What is the education of Ritesh Agarwal ?

Ritesh Agarwal’s Education St. Johns Senior Secondary School and moved to Delhi in 2011 for college but he is dropped out of college.